Your Black Star is a long stretch of highway on a hot summer night. It is a blanket of pitch-black sky pocked with thousands of points of light. It is your headlights searching the road ahead, a mystery unfolding as you roll forth into the darkness. It is a sense of calm as you roll off into the void, more curious than frightened.
The Louisville, Ky., trio makes lush, atmospheric music that washes over you, pounding your chest and overwhelming your senses with searing guitars, pulsing bass and crackling drums. The lyrics are dark and tangled, the melodies cresting and crashing. You draw comparisons to everything from Jesus and Mary Chain to The Secret Machines before determining that Your Black Star is an experience unto itself.
Your Black Star was formed in 2001 by singer/guitarist Jeremy Johnson and drummer Andrew Osborn, two kindred spirits bonded by their love of bombastic, fearless rock ‘n’ roll. Like a lot of bands, the birthing process proved difficult; bassists came and went before a true fellow traveler was discovered in Brandon Duggins.
They have taken a decidedly unorthodox approach to building a fan base. Rather than fall into the trap that some bands fall into, Your Black Star resisted the temptation of becoming a bunch of local heroes who only play before adoring friends and neighbors. Rather, they threw themselves on the crucible that is the never-ending tour, taking the show on the road to test themselves before unfamiliar audiences.
A friendship with the Japanese band Drum:Kan prompted Your Black Star to venture to Japan, where it quickly developed an unlikely connection with rock-starved fans. Tours of Australia, New Zealand and the United Kingdom provoked a similar reaction, as well as positive international press and numerous spins on the influential BBC. “You can sit around and wait for that one big break to happen,” said Johnson, “Or you can put yourself out there and give yourself as many opportunities as you can.”
Overseas buzz led to deals with labels in Japan, England and Australia, but the band was a bit of a mystery back home, more well known in Tokyo and Sydney than in the nightclubs of Louisville. Seeing this as less a problem than an opportunity, Johnson, Osborn and Duggins have spent the better part of the past two years rampaging through the states, playing in the esteemed South by Southwest Music Festival in Austin and the CMJ Festival in New York as well as sharing the stage with Sleater-Kinney, The Hold Steady and Catfish Haven. “Sound from the Ground,” the band’s American debut, won critical acclaim stateside, tagging Your Black Star with the weighty “next big thing” label. Expectations can stifle a band, but the trio is confronting them head on.
In fact, “confrontation” could be the keyword as Your Black Star prepares its next record, “Beasts” for release in July 2007. “It’s more direct this time around. It’s much more raw, much less produced,” Johnson said. “With this record we’re really just shooting to be the meanest band we can.”
–Thomas Nord, March 2007 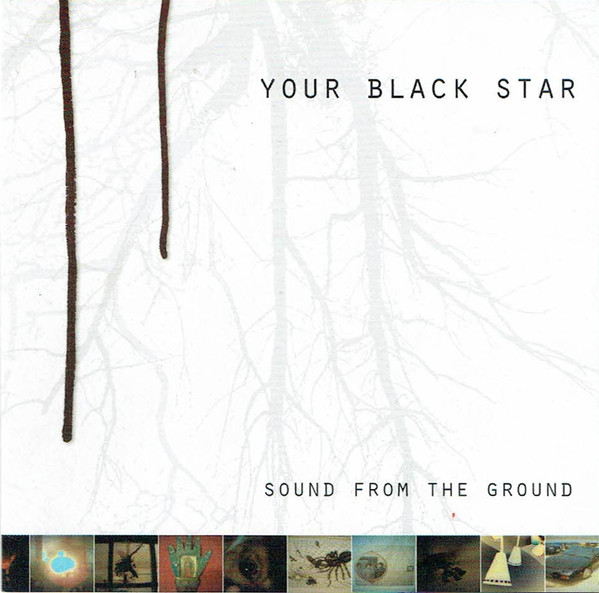 Your black star｜Sound from the ground

1 Why Do I Wait?2 Surrounded3 Oh Jesus…4 The gauze Above the Lights5 It’s important6 Strings7 The Silent Me8 Sunburn9 Rockets（Reserved）